Managing traffic and road use in the city centre 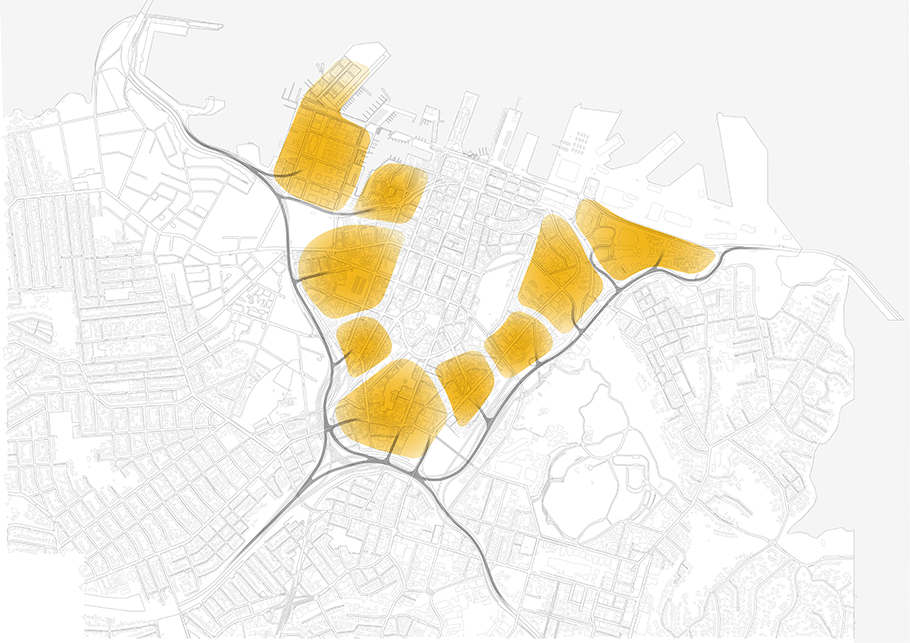 How we can make this happen

A4E aims to reduce the volume of traffic passing through Auckland city centre. Traffic not going to a destination in the city would be expected to use NZTA's central motorway junction as a bypass.

Car trips within the city centre and some city access trips would be able to use Mayoral Drive, Fanshawe Street, Hobson Street and Nelson Street as the main routes to access city centre zones.

A4E would reorganise the city centre into a series of low-traffic neighbourhood zones, including a pedestrian priority zone in the Waihorotiu / Queen Street Valley - an ambition for Aucklanders since the 1970s.

For general traffic, A4E creates a network to give access to these zones, not through them. Most trips would be expected to exit from the same zone from which they entered. Access to existing properties would be maintained.

Space-efficient transport modes would be free to move between the different low traffic neighbourhoods within the city centre.

For the movement of people, this would prioritise:

Streets would be designed to minimise conflict between modes and maximise comfort, safety and accessibility.

Removal of through traffic would release space for goods vehicles to access city centre properties.

Reallocation of kerb space from general parking to loading and deliveries would make trips more reliable and easier.

Signage would direct city-bound drivers along specific motorway and arterial routes to their destination zone and an off-street parking facility.

On-street car parking spaces would be reallocated to favour mobility users, servicing, operations and other road users for whom on-street parking has the highest priorities.

Auckland Transport (AT) has found that A4E requires a 30 per cent reduction in peak-time car trips into the city centre.

This requires a mode shift of approximately 11,000 people from vehicles to public transport or active modes over and above current projections.

This would lead to a 75 per cent public transport mode share into the city centre by 2030.