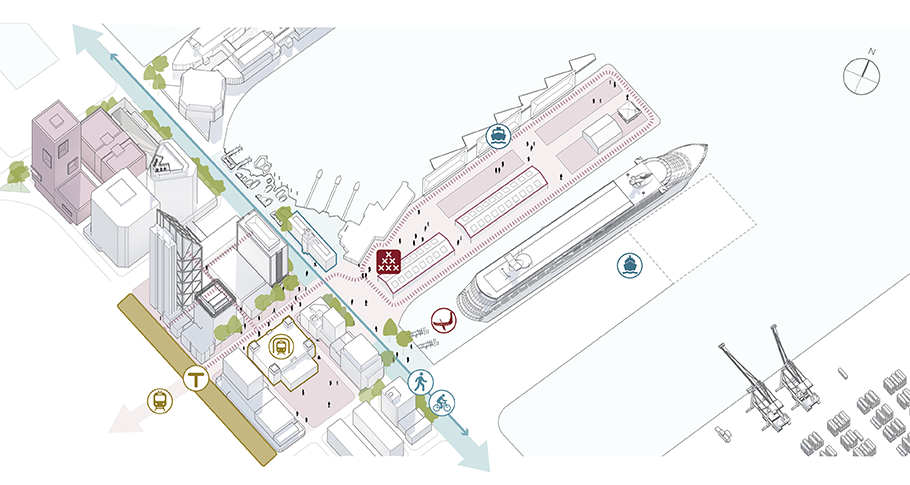 Queens Wharf will be progressively redeveloped to deliver on its role as 'the people’s wharf'. With the long-term relocation of the cruise terminal to Captain Cook wharf, Queens Wharf public spaces will be enhanced, as fits its pivotal location where Waihorotiu / Queen Street Valley meets the waterfront.

These changes will include enhanced public spaces and facilities to support placemaking and events. These works build on current projects happening as part of Downtown programme that include the first stages of:

The City Centre Masterplan, consistent with waterfront planning being led by Panuku Development Auckland, envisages the following outcomes in future:

Union and Wellington streets - walking and cycling and connections