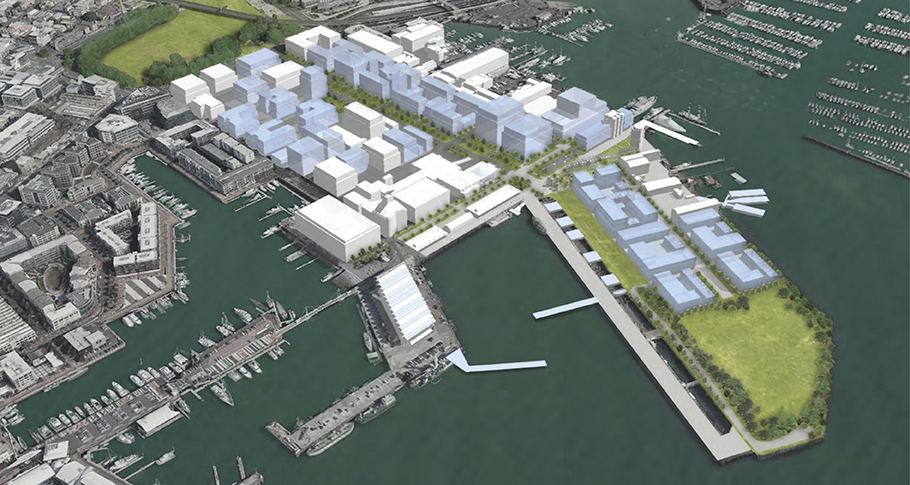 With a growing city centre population, the continued regeneration of Wynyard Quarter presents a rare opportunity to create a generous new open space on the harbour's edge.

The northern end of Wynyard Point will become a flagship green open space and waterfront destination, hosting events and providing opportunities to interact with the water.

Offering great views to and from the city, the headland and linear park completes The Green Link connecting Victoria Park across Fanshawe Street and along the Daldy Street linear park to the harbour.

How it would happen

The masterplan envisages the following for these future waterfront green open spaces:

Creation of a large headland open space to create a significant new destination park at the northern end of Wynyard Point, as part of the regeneration of industrial bulk liquid storage tanks into a living, working urban neighbourhood.

This would form a continuous green link between Fanshawe Street and the harbour edge.

More tree cover, planting and access to green open space at Wynyard Quarter contributing to it being a lively, people-friendly waterfront neighbourhood.