How we can make this happen

A4E will deliver a pedestrian-friendly, high-amenity, safe and vibrant core to the city with quality and zero-emission public transport.

By substantially reducing through-traffic, it will prioritise walking, cycling and public transport through a series of interventions, informed by universal design.

These include expanding the pedestrian priority laneway circuit (Federal Street and High Street being the immediate priority).

A zero emissions area (ZEA) across much of the area, enabled through A4E, will address the city centre's air pollution problem by reducing general traffic in Queen Street. This is particularly acute in the Waihorotiu / Queen Street Valley with elevated concentrations of NO2 and black carbon from transport and port pollution, trapped between tall buildings.

The zero emissions area will be delivered as part of the C40 Global Cities Initiative.

Albert Street will emerge as a new, complementary commercial address to Queen Street.

The growth of Albert Street is enabled by City Rail Link (CRL) and the new station entrances at the Wellesley Street and Victoria Street intersections.

As a second ‘spine’ to the Waihorotiu / Queen Street Valley, this will strengthen the city centre’s commercial offer. Further large-scale development is expected to occur along this north-south street including on the council-owned Bledisloe West site as part of CRL.

The ongoing growth of downtown as a prominent retail, leisure, heritage and commercial destination will continue, with the success of the Britomart precinct bolstered by the new Commercial Bay development. 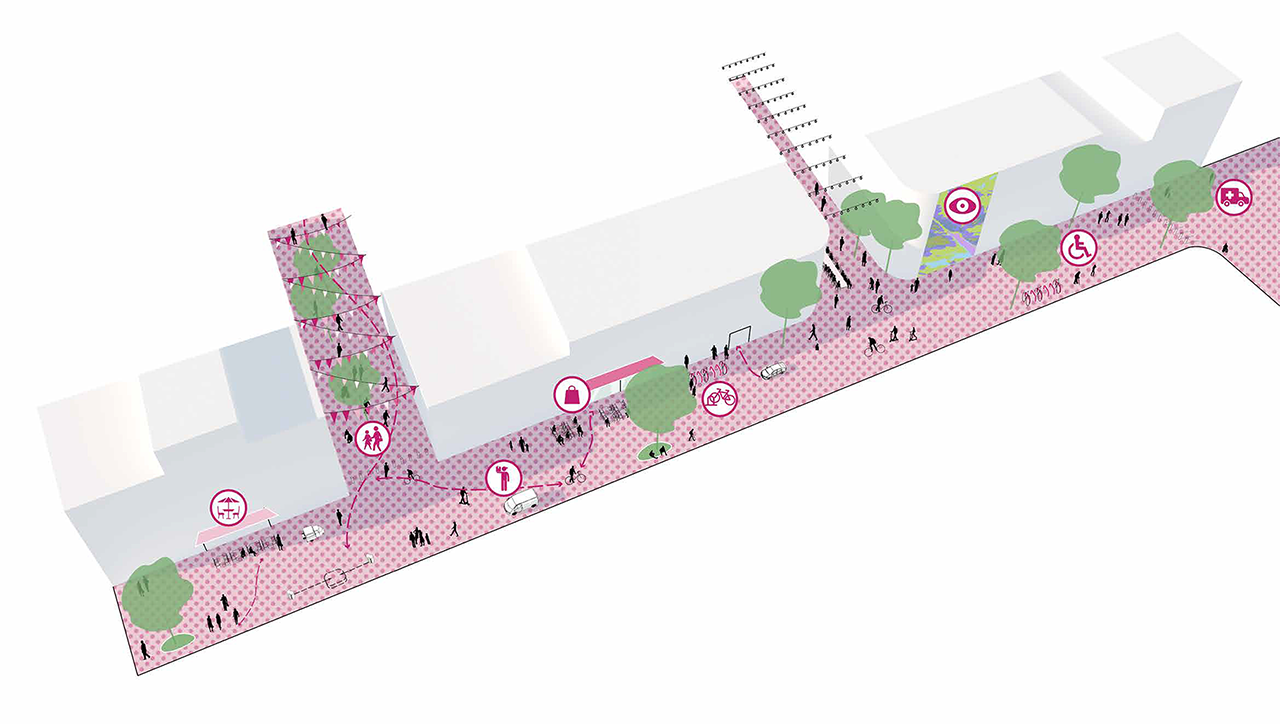 Laneways are narrow streets that prioritise pedestrians. They create a safe and pleasant environment for strolling, gathering and public life. They also provide more efficient and enjoyable movement through the city centre for the growing number of people on foot, bike and micro-mobility modes.